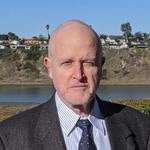 Nick Yocca has achieved the highest peer-review ratings in both legal ability and professional ethics from the Martindale-Hubbell rating service.

Nick Yocca has achieved the highest ranking in AVVO.com.

Thank you for contacting us. We will get back to you shortly.

Please complete all required fields below.

Clients Recommend Us On

Avvo - Rate Me
Google - Rate Me
Lawyers.com/Martindale- Rate Me

The Nick Yocca Law Firm is committed to answering your questions about business law and corporate compliance matters in Orange County.

We'll gladly discuss your case with you at your convenience. Contact us today to schedule an appointment.